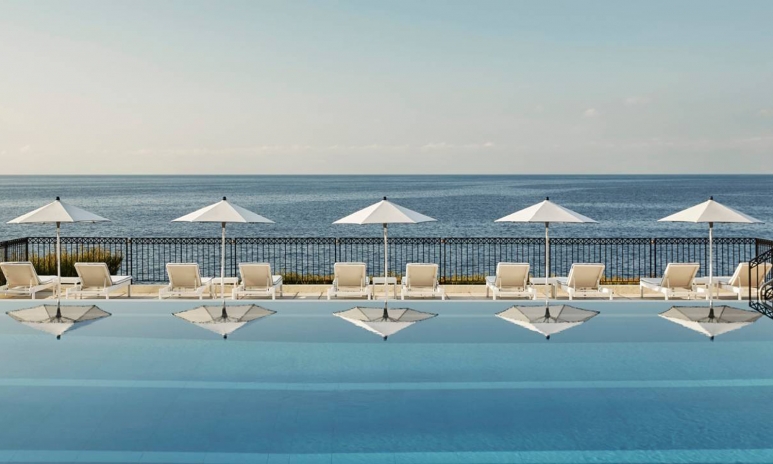 Photo: Courtesy of the Four Seasons

The Côte d’Azur has long been a retreat for the rich and famous, thanks to its crystal-blue coastline, sun-filled summers, and of course, internationally renowned events like the Cannes Film Festival and Monaco Grand Prix. As luck would have it, the two events overlap this year (May 17-28), giving you not one but two excuses to book your flight to the French Riviera for an indulgent fortnight of celebrity-spotting at red carpet parties and champagne receptions.

Of course, if you’re going to be living the high life, you’ll need a luxurious abode to catch your forty winks between film premieres and championship races. Here’s our pick of the French Riviera’s finest hotels: from historic landmarks to freshly renovated beauties, it might be tricky to choose just one. 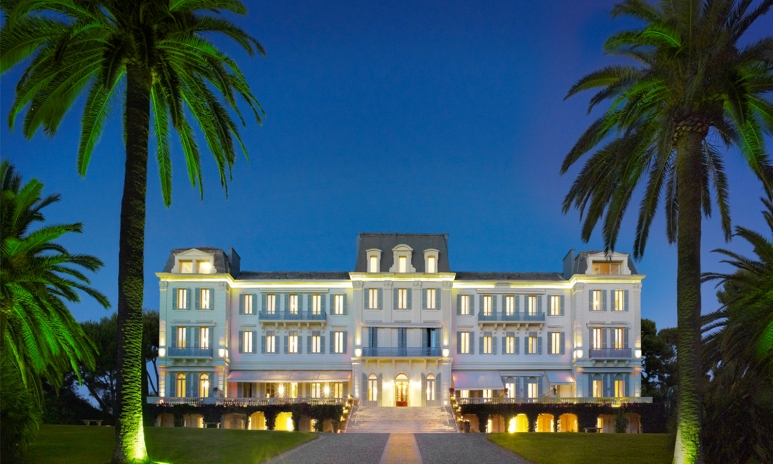 Opened in 1870 as a writers’ retreat, the Hotel du Cap-Eden-Roc was transformed into a luxury hotel in 1903 and has been open for business to the general (well-heeled) public ever since. Attracting stars through the century, it’s hosted creative talents like George Bernard Shaw, Marc Chagall and Rita Hayworth, and provided inspiration for the setting of Scott FitzGerald’s ‘Tender is the Night’.

Having recently undergone a multi-million euro renovation, the exquisitely redesigned hotel now additionally features a luxury private villa and new waterfront grill and bar. It’s always one of the key locations for Cannes Film Festival’s afterparties, so you’ll be primed for those elusive invites. On a peaceful and remote peninsula surrounded on three sides by the Ligurian Sea, Saint-Jean-Cap-Ferrat is a Four Seasons property with a little more pizzazz than usual. Just outside of the  beautiful town of Nice, the hotel’s best accommodations are their pool suites, where open plan living leads to a private infinity-edged pool with gorgeous views of the sea.

The créme de la créme of villas is the Villa Rose-Pierre, ideal for larger groups or those wanting a little more privacy: surrounded by a hectare of garden, a private pool and a tennis court, you may not even want to leave for the parties.

For all the action This place has become a celebrity favourite, not only because of its central location just a stone’s throw away from Palais de Festivals, but also because it beautifully combines the charm of a small boutique hotel with five-star service and accommodation.

Their 45 rooms and suites each offer a unique experience, from the Presidential Suite with a terrace looking out onto the Gothic church Église Notre Dame de Bon Voyage, to a secret quarter accessed only by a hidden staircase. The rooftop bar and restaurant have spectacular views over Cannes, and provide a private place to enjoy a cocktail before you immerse yourself in the festival.

For a beachside base 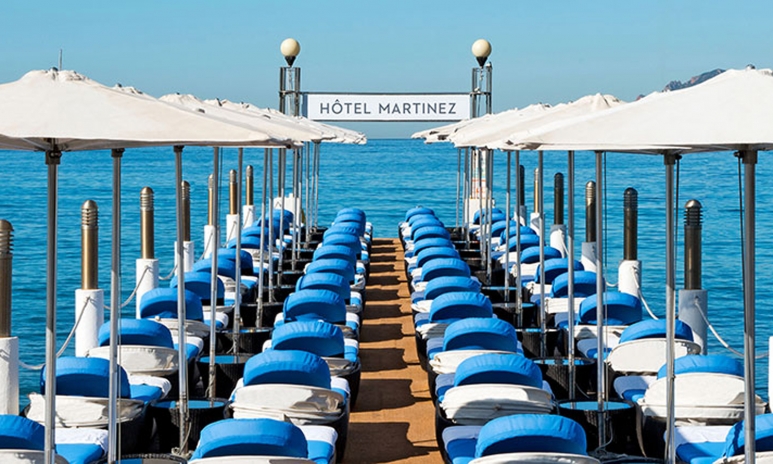 Your evenings are probably going to be spent wining and dining, but if you’re seeking the sun and sea during the day, you’ll want to be close to the beach. The Grand Hyatt’s flagship French Riviera resort, Hôtel Martinez, is on Cannes’ beach promenade, with access to the public Croisette Beach as well as Hôtel Martinez’s recently opened private beach, Zplage.

With a restaurant, bar and beach club, it’s one of the largest private beaches on the French Riviera, and the perfect place to soak in the sun—and if you need a beach break, you can hit the heated outdoor pool instead. The hotel’s stunning sea-view suites provide you with all the five-star comfort you need, and the two-Michelin star in-house restaurant La Palme d’Or is the only one in Cannes—as if you needed any more persuading.

For a contemporary chillout 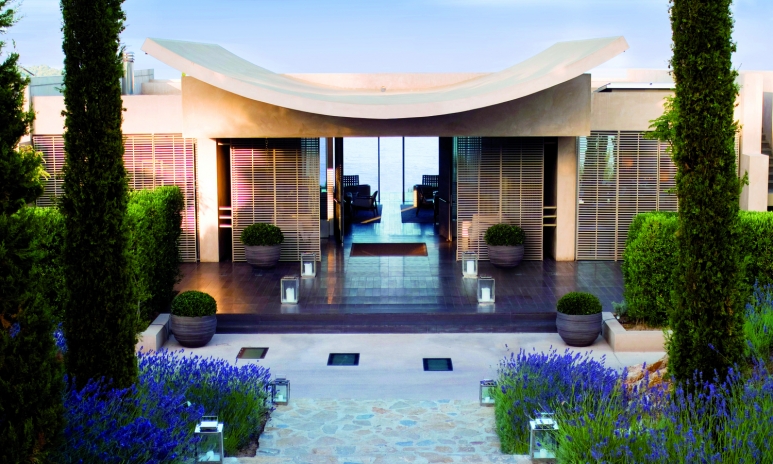 If you’re planning on only popping into a few parties, or just really like your alone time, then this is the place for you. This modern seaside resort is just outside of St Tropez, and gloriously secluded from the manic buzz of the glitterati. Understated elegance is the name of the game, with simple lines, a muted palette and sleek, sophisticated interiors.

The choice of stunning hotel suites and villas give you flexibility for your needs, and come complete with private terraces, on-demand butler, in-home chef and personal housekeeper, so you don’t ever have to sweat the little things. Plus, with an 800 square-metre spa facility, wellness programmes and regular bootcamps, you’ll have more time to relax and rejuvenate between events.

For a slice of history 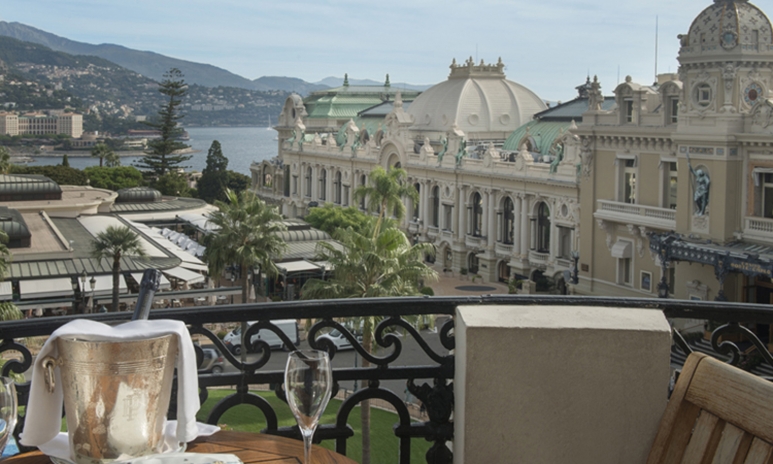 Since its inception in 1864, Hotel de Paris Monte Carlo has been synonymous with the French Riviera’s high-end hotel scene. Situated beside the legendary Monte Carlo Casino, it’s ideally located in the very centre of Monaco’s luxury heartland, overlooking the Grand Prix racetrack which runs through the centre of the town.

Having recently undergone a major renovation, the hotel is at the height of its game, with a freshly redesigned spa and pool area that have views of the bay, a new garden courtyard, and a rooftop villa with a private garden and pool. Of course, they’ve retained that old-time traditional charm in the facade and lobby—and those three Michelin stars for their in-house restaurant, the beautiful Edwardian-style dining room Le Louis XV by Alain Ducasse.

For a cultural experience 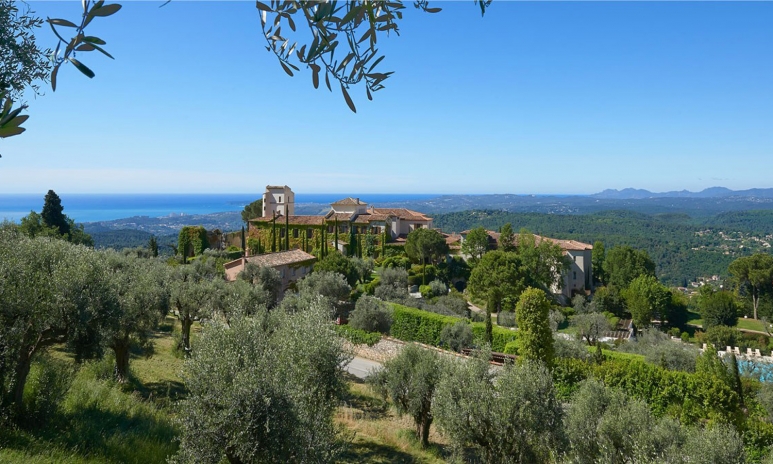 The Côte d’Azur isn’t only turquoise oceans and golden beaches: surrounded by lush olive groves, Château Saint-Martin offers a different kind of retreat. Originally a 12th-century fort for the Knights Templar, the ruins were restored in 1905 and the complex was transformed into a stunning hilltop five-star resort.

Whether you choose a suite in the original house or one of the decadent private villas, you’ll still have access to the gorgeous infinity pool and Michelin-starred terrace restaurant, Le Saint-Martin with Chef Jean-Luc Lefrançois.

It’s an equal distance from Cannes and Monaco, meaning you’re quite literally in the middle of all the Grand Prix and Film Festival action. You’ll also be closer to some of the smaller regional towns likes Vence and Grasse, which offer a unique cultural experience.

See also: How To Experience Paris Like A Local

Don't miss the latest travel stories, and sign up to our weekly eNewsletter.