An oil painting by abstract artist Vasudeo S.Gaitonde sold for 293 million rupees ($4.4 million) at a Christie's auction in Mumbai on Tuesday, setting a new world record for Indian artwork. 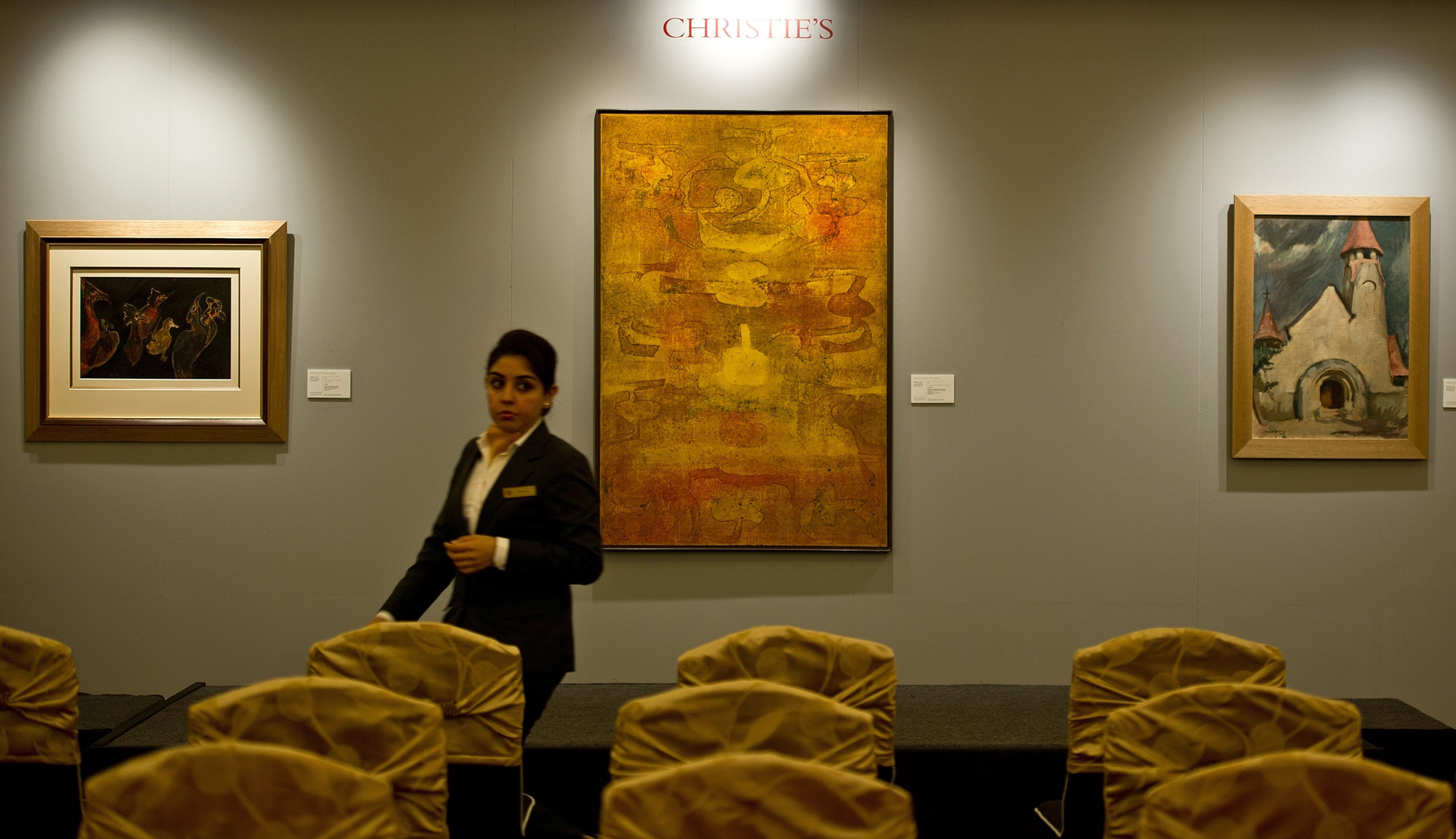 Gaitonde's untitled painting from 1995 broke the previous record of $4.01 million paid for a Francis Newton Souza work at a sale in New York earlier this year, the London-based auction house said.

The Gaitonde canvas was purchased by an anonymous "international collector", Christie's said following the auction at the luxury Taj Mahal Palace Hotel in the western Indian city.

"It achieved a world record for any Indian work of art sold at auction," Christie's international head of world art William Robinson said of the piece by Gaitonde, who is considered one of India's greatest abstract painters of all time.

Gaitonde, who died in 2001, had previously set the record for the most expensive Indian artwork when his untitled piece from 1979 sold for 237 million rupees at Christie's first sale in India in 2013.

It held the record for two years before the sale of Goan artist Souza's artwork in September.

Tuesday's auction was Christie's third sale in India as the auction house looks to tap into the Asian giant's increasingly affluent middle class.

Robinson said the total value of the sale, which included 100 lots, was 980 million rupees.

"It is the highest total that Christie's has ever achieved in India and that beats our previous record for the highest sale ever in India," he told reporters.