The system is made of four components: myPAL eSuite, myPAL Player, myPAL WiFi, and myPAL Mobile. 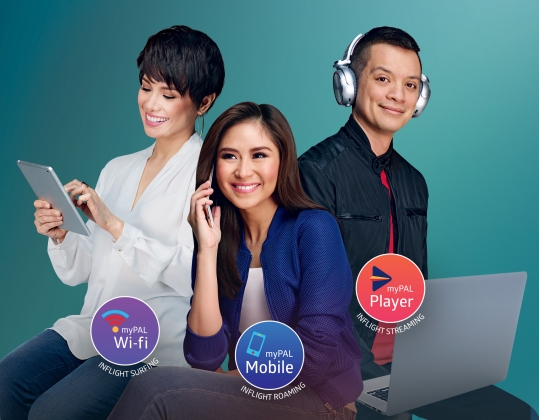 The myPAL eSuite gives flyers access to over 300 hours of free movies, television shows, and music which can be played on either the personal or overhead screens. Meanwhile, the myPAL Player is a state-of-the-art wireless entertainment app that allows passengers to stream and view films, television series, music, and e-magazines for free on their own devices. The app is available on the Apple Store and Google Play Store, and can be installed in-flight for Android users and laptops. However, for flyers who need to stay connected, the myPAL Wi-fi lets them surf the Internet even at 30,000 feet in the air. Finally, the myPAL Mobile makes connectivity in the air even easier to attain as it enables passengers to make calls and send text messages from their own devices.

The in-flight entertainment and connectivity system us available on select international flights.